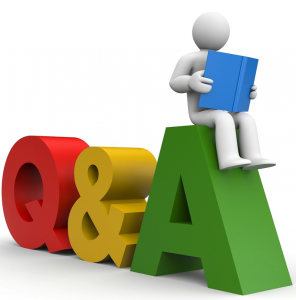 A – I had started sensing the Father calling me into leave 119 in the spring of 2014 and move forward in a more specific ministry to the family unit as a whole. Since then, I have been growing in that desire more and more. I finally have taken that step in faith and am excited to see what the Father has planned.

Q – Why don’t you have a market place?

A – We are simply not equipped at this time to have a market place.  And we are not sure that this is a path we want to take in the future either.

A – Yeshua basically means “Salvation” in Hebrew. Through transliterations from Aramaic/Hebrew to Greek to Latin to Old English to modern English, He is now often known as Jesus. The unfortunate reality in this is that many do not know His name nor the meaning of His name. It is our preference to use His real name that carries its intended meaning of “Yahweh is Salvation.” We are not offended at the transliterated name of Jesus.  The same applies for God (Elohim in the Hebrew).  YHWH is the name given to us in the Word as our Heavenly Father’s name. It is our preference to use His name as it was also YHWH’s preference to use His name in the Word.

Q – Since you believe we are to follow the law still, do you make sacrifices as the Old Testament describes?

If He (Yeshua) were on earth, He would not be a priest, for there are already priests who offer gifts prescribed by the law.

This was written after Yeshua died and was resurrected. If the sacrificial system and Law was abolished, then how could it prevent Yeshua from being a High Priest on earth? It couldn’t. But we know that the Word of God is forever. So, the reason that we cannot, and should not, do sacrifices today, is not because the law has been abolished, but simply because we have no Levites and there is no temple in Jerusalem. The temple was taken away as a form of punishment because of the fault of men (Hebrews 8:8, Matthew 23:38).  Just as we saw with the Babylonian invasion.The Jews in Babylon had the same issue and they could not make sacrifices until they returned.

Sacrifices do not nullify what Christ did on the cross. They remind us of the heartfelt sacrifice that He offered. The author of Hebrews describes how they are shadows and point to Him and that offerings were still taking place according to the law. Shadows cannot negate the reality, but only point to it. Thus, many teach that sacrifices will resume when Yeshua returns in the thousand year reign. This is found when studying Ezekiel 40-48; Isaiah 56:6-8; Zechariah 14:16; and Jeremiah 33:15-18.